Where Do You Start With Fire Damage Remediation in Your Dallas Home? 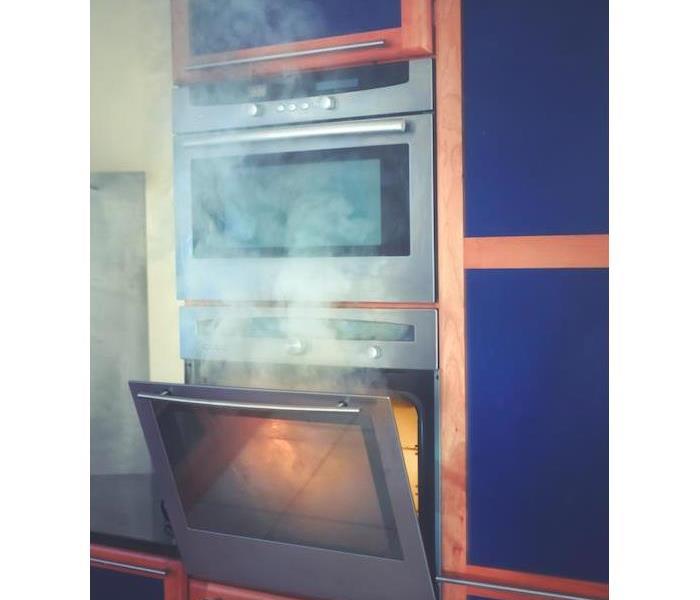 One small fire damage mishap can take over your whole home. Contact SERVPRO for your fire damage remediation assistance.

Unlike the massive blazes that make the six o’clock news, most Dallas home fires are small and usually contained to one area of the home. Residential extinguishers are easy to operate, and our fire department performs great work to protect area homes every day. Even a small fire can leave behind some very unpleasant smoke residues and odors, however.

Any fire odor in a Dallas home can make it unpleasant enough for occupation. At SERVPRO, we understand that no amount of scented potpourri or a roomful of fans can eliminate a weak odor, let alone the multiple odors present after a house fire. That is why we use multiple-phase odor control to remove, clean, and eliminate the source of the unpleasant odors.

Before cleaning any surface, one of our inspectors determines if an item is salvageable. We remove any property scorched or otherwise physically damaged by the fire for disposal. This first action eliminates many odors and helps our restoration crews determine the source of remaining odors and also provide a healthier environment for our employees, homeowners, and anyone else who may need to be there like insurance adjusters.

Now, SERVPRO technicians use Chemical Containment to stop odor molecules from evaporating off affected surfaces and into the air. They accomplish this phase by spraying a deodorizer directly onto a surface with smoke residues. The spray serves as a counteragent that forms a barrier to slow or eliminate evaporation.

Next, they use Vapor Odor Control to eliminate odors already in the surrounding air. Technicians use counteractant pellets to release deodorizing vapors into the home which counteract the odors, eliminating them.

If these actions do not eliminate the odors, our personnel use Thermal Fogging. The process uses a fogging device with a heating element to vaporize and dispense a liquid deodorant into the home. The deodorizing particles are the same size as the original odors so that they can penetrate as deeply. That allows them to bond with the odors, neutralizing them completely. The fog evaporates within a few hours and does not stain carpets or upholstered furniture.

If you have any lingering odors from a recent fire, they do not go away on their own. Our goal at SERVPRO of Southwest Dallas is to eliminate every unpleasant odor in area homes, so the owners can put the fire behind them and move forward. Call us at (214) 463-5880 today to schedule a service call and see what we can do for you.

Click here for more information about the city of Dallas.